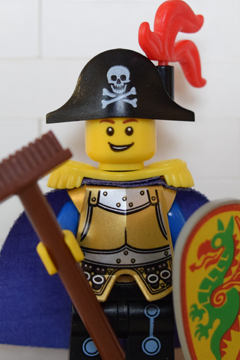 It probably doesn’t come as a surprise that I enjoy building with LEGO bricks.  I have since I was 4 years old, almost 700 years ago.  LEGO helped nurture my love of building things, designing things, and just figuring out how things work and how to make them work better.  I ended up becoming a mechanical engineer, having since worked for multiple companies where I’ve put to use some of the things I learned so long ago while working with LEGO bricks.

Below is some standard Q&A kind of stuff.  I’ll likely add to it if I get asked the same question by a lot of people.  For now it’s just the basics.

I decided to make this website to display some of my own creations, hoping that they entertain and inspire others.  I’ve tried other avenues in an attempt to share my creations, but none worked out as I had hoped.  Other social media websites haven’t provided me with as much freedom as I’d like in displaying my content.  I’ve even been so bold as to walk into the LEGO headquarters with a LEGO case of many of the designs you’ll see here, wildly hoping to get a job as a designer.  I’m sure many others have done this and others still will continue to do this, which is why they have a policy of turning away anyone without an appointment.  I certainly understand, and don’t fault them for it in any way.  In fact, that’s what made me finally decide to make this site, which I believe will ultimately work out better.

I know I’m not the first to make my own site for displaying my creations.  Others have been at it for years now.  I simply share their desire to throw my own ideas out there for people to build, change, adapt into their own creations, and just enjoy.  Everything on this site will be posted with the LDD file in case anyone would like to build something they see here.  LDD (LXF extension) files may be opened with LEGO Digital Designer, a free program distributed by the good folks at LEGO.   LEGO Digital Designer can be downloaded here.

One day I simply took a look at all my LEGO creations I had scattered among my home and thought that other people might like to see them, as I’ve enjoyed seeing what others have posted on this internet of ours.  If anyone ever has questions on my designs or wants to know more about something just ask and I will be happy to answer.

Finally, if you happen to come across something on the site that seems wonky or broken or just wrong, please contact me so that I can fix it.  I try to test everything in as many different ways as I can, but with so many software variables there’s bound to be some things that get by me.