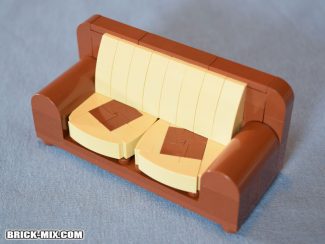 To accompany my End Table from the last post, I present my matching LEGO couch.  I think this is the first time I’ve ever made two pieces of matching LEGO furniture, so it’s kind of a historic LEGO landmark in my brick building career. 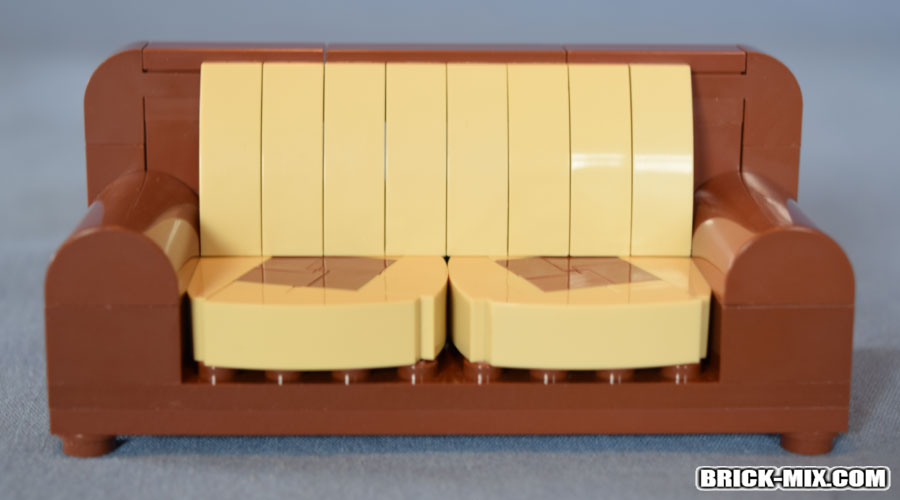 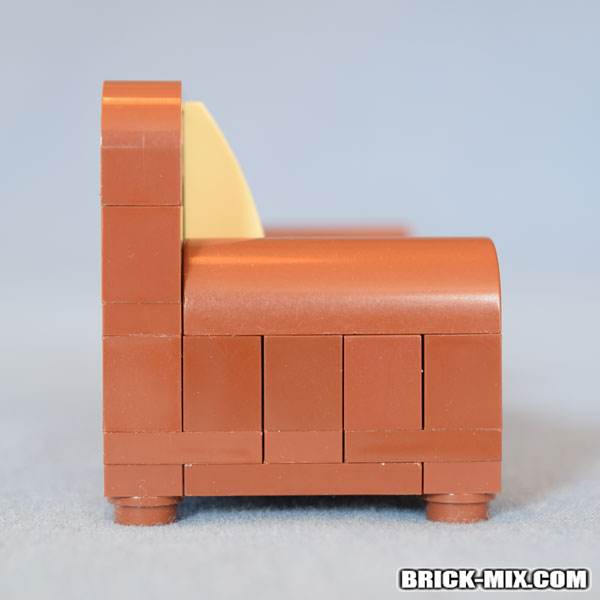 When building the couch I was trying to keep it short enough so it didn’t loom over the minifigs it was built for.  I think it ended up a good height for what I was going for. 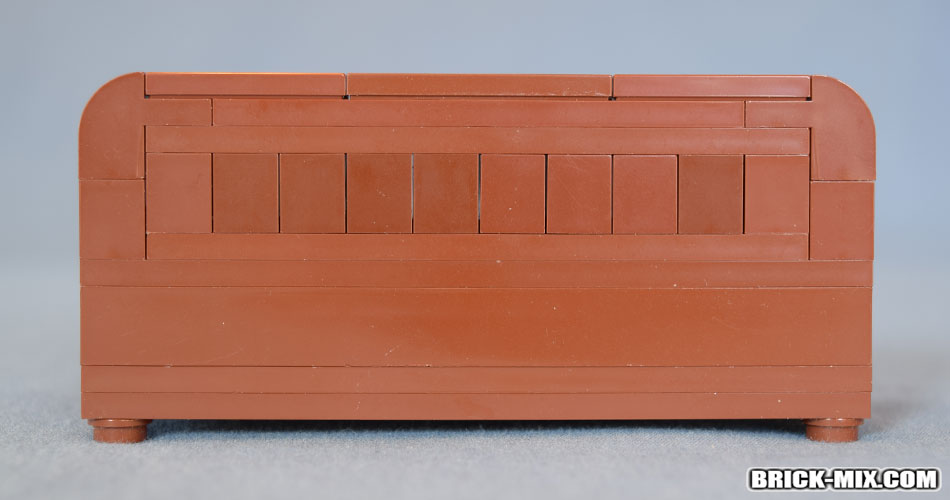 The back of the couch.  Not very fancy I know.  I haven’t seen a couch with a fancy back in real life either, so I think it’s alright.

Looks like a comfortable couch to me!  I’m really happy with the cushions.  I built the couch around their design because I wanted cushions that didn’t just look like tiles or bricks. 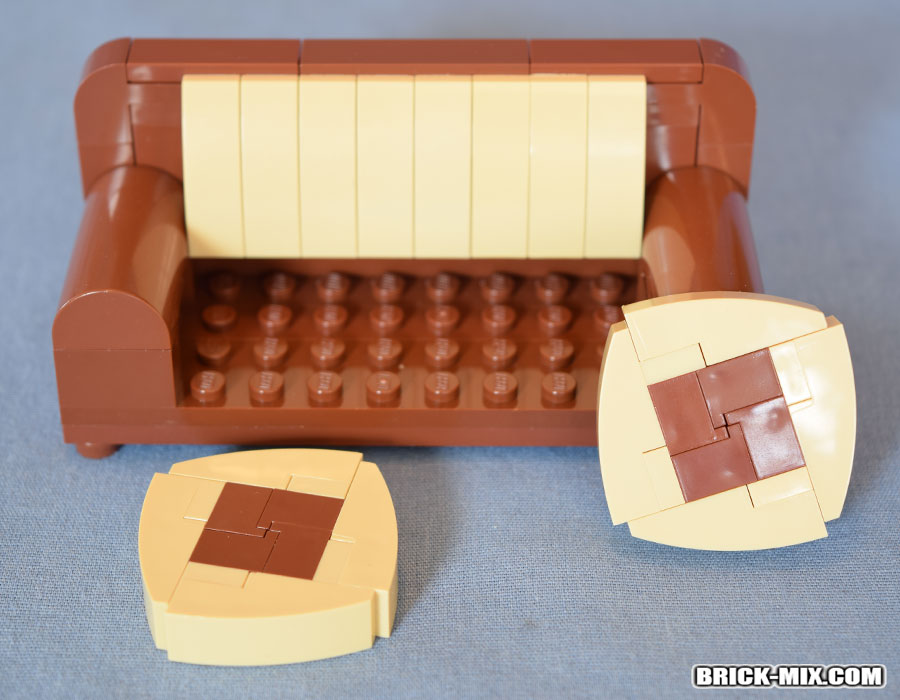 Plus, the cushions are removable!  After making the cushions my real aim was to build a couch around them that would hold them in somehow, but also let them be removed.  So despite the uncovered studs and the height of the couch being a little on the tall side, I’d call this a success.

The cushions are made with curved slopes around the edges of a square formation of Part 4070, an infinitely useful little brick.  I also like how the reddish brown and tan colors go together. 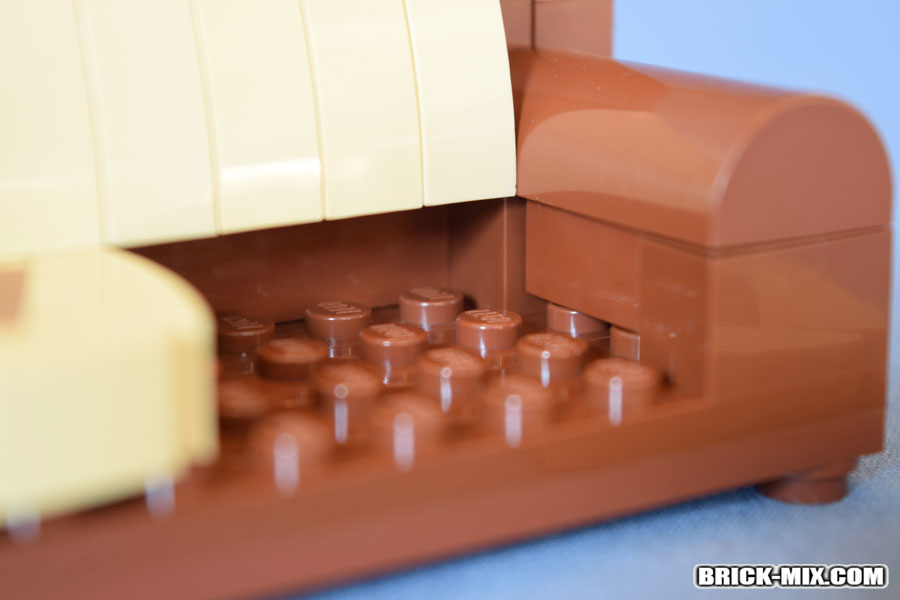 The sides of the couch have little pockets under the arm rests that the cushions pop into when they’re pushed in.  When the cushions are pushed in it doesn’t stress or bend the bricks in the arms or cushions.  It just happens to be a perfectly sized recess for locking the cushions in place.  I was very happy with how well it worked out. 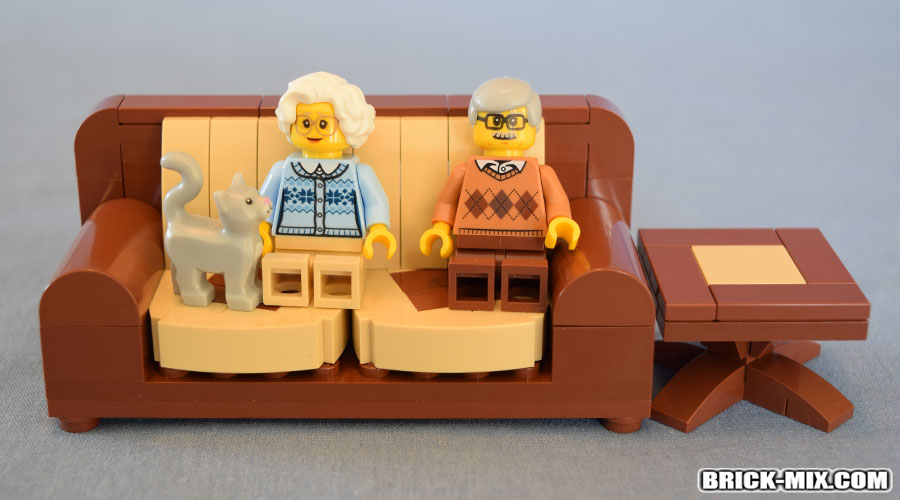 The couch with minifigs for scale.  The middle of their heads is pretty much aligned with the top of the couch, which is how I wanted it.  The cushions they’re sitting on are at about waist height when they’re standing next to it, which is a little higher than I would’ve liked.  Again, the removable cushions added a lot of height to the build, but I like them enough that I’m not really bothered by how high up the minifigs are sitting. 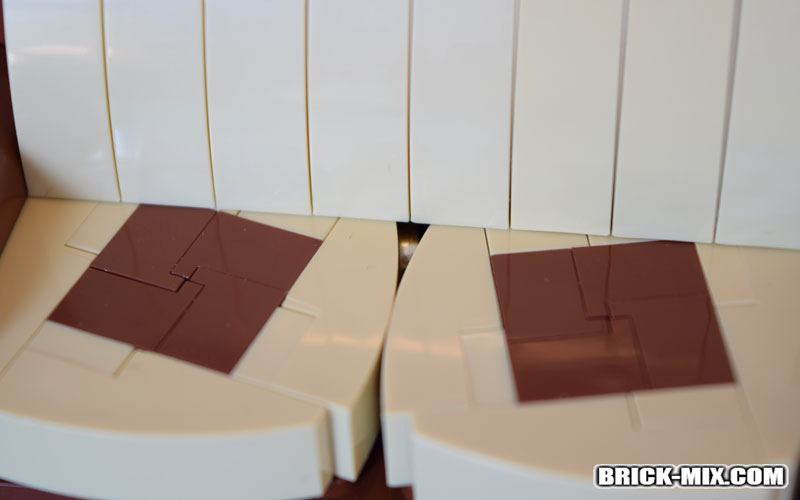 I really can’t say enough about how much I like the removable cushions.  They’re by far my… Wait, what’s that between the cushions? 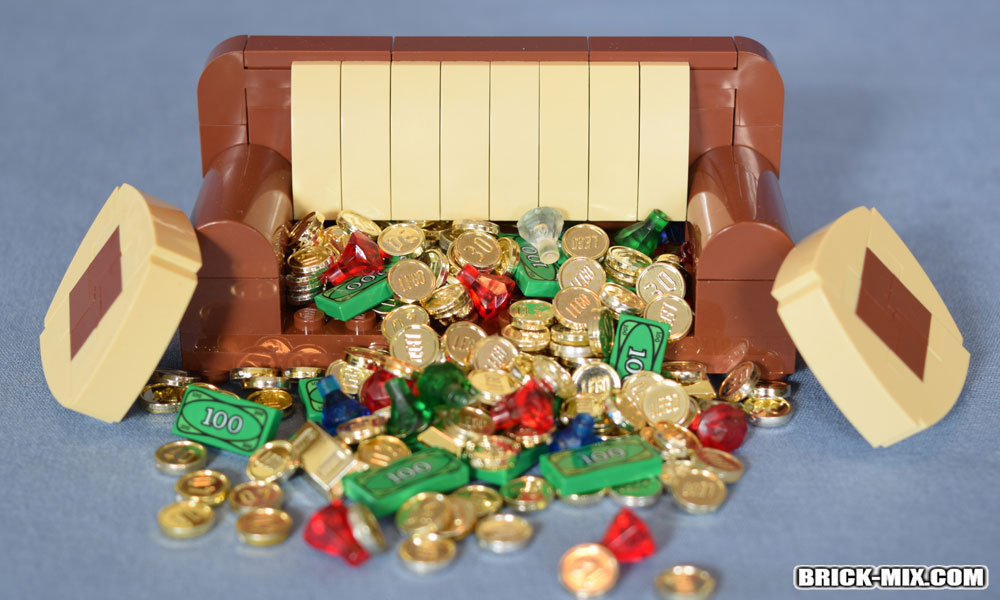 Ah, of course.  Loose change.  It wouldn’t be a real couch without some.

If you’d like to view the LEGO Digital Designer file you can download it by clicking on the link below. If you like it enough to build it yourself I suggest adding the End Table from my previous post, or one of your own design!