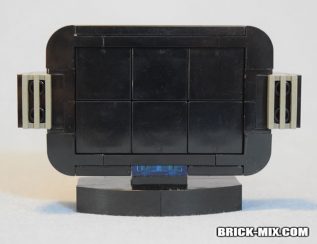 A LEGO Television! I figured my minifigs should have something to look at while sitting on that couch I made.

I’ve seen a few LEGO televisions in my time. Some have been old television sets with the rabbit ears antennas, which are always fun. Others have attempted to look more like modern television sets, but the ones I’ve come across all looked too blocky for my taste so I decided to make one of my own. 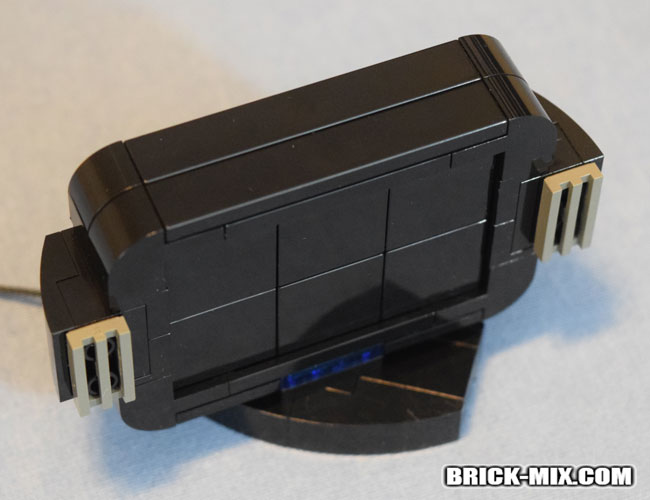 It’s even got a swivel stand! Useful for pointing the screen either at the middle of all the furniture when there are guests, or right at the comfiest chair when you’re watching all alone. Or if you’re in a situation like me and can see the television from the kitchen but not at a very good angle, turn it all you want!

I also built the speaker into the sides of the television, which I think looks pretty sharp. I wanted to integrate them into the set without having them look too bulky, and I’m happy with the result. 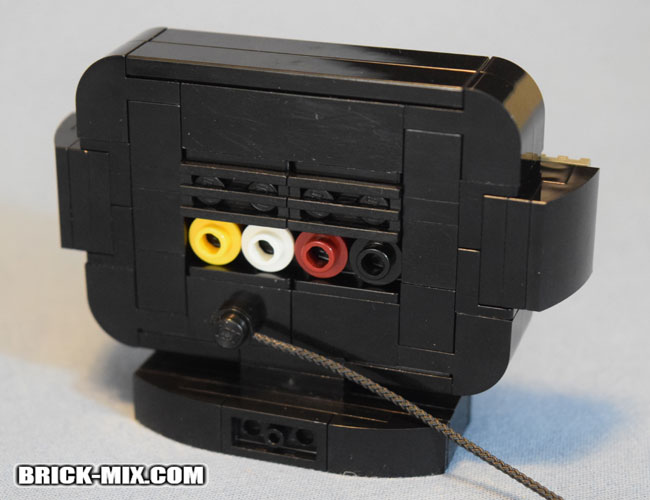 On the back of the television you’ll find some of the standard inputs you may have seen on your own television. There’s also a power cord below the inputs. 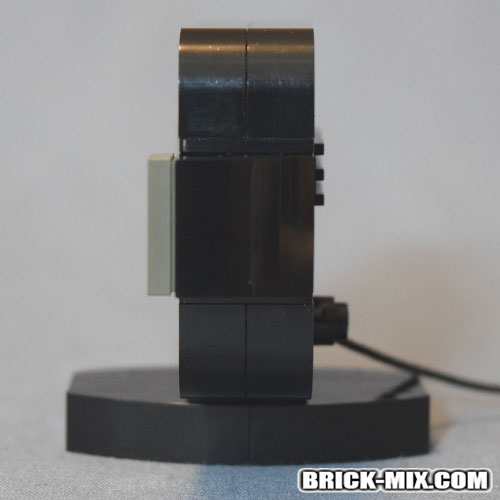 The side profile shows you that the set is pretty much only 2 bricks wide. I suppose thinner would have been better, but I wanted to have those inputs on the back and the screen on the front ever so slightly sunk into the border of the set, and this was as thin as I could reasonably get all that. 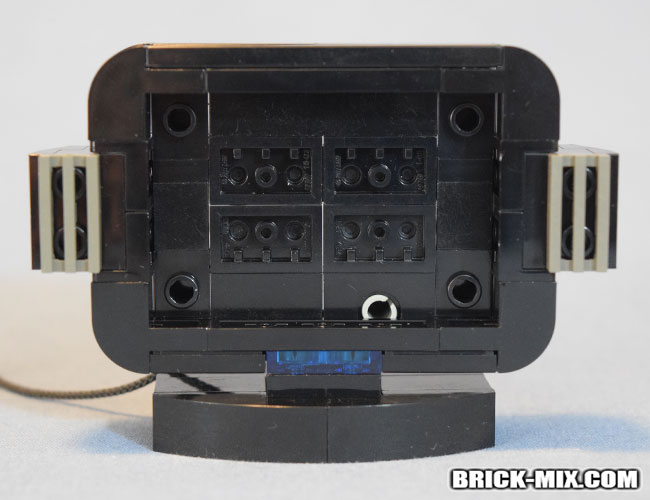 Here’s a view from the front with the screen removed. The tiles that make up the screen are attached to a 4×6 plate, which itself attaches to the four studs you can see in the corners. This makes the screens pretty easily swappable. 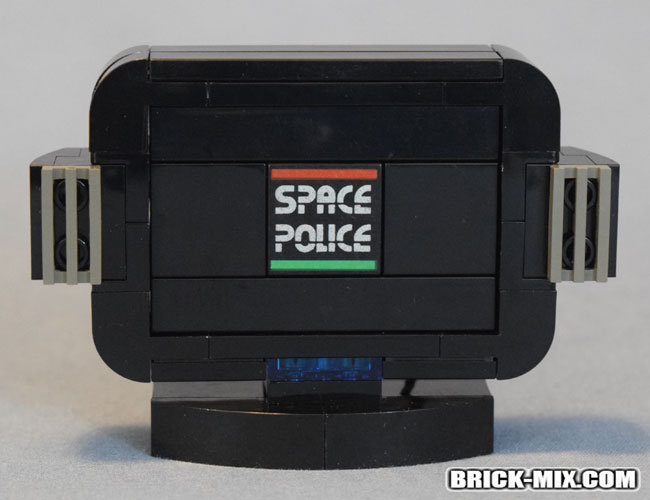 Oh, Space Police is on! I love this show. 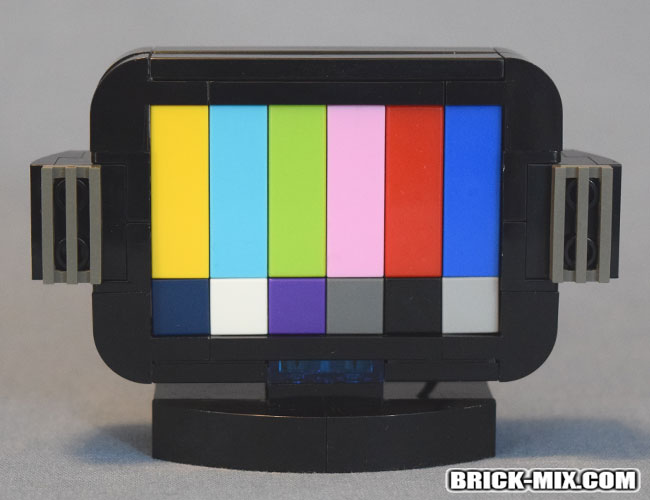 No! What happened? Bring back Space Police! 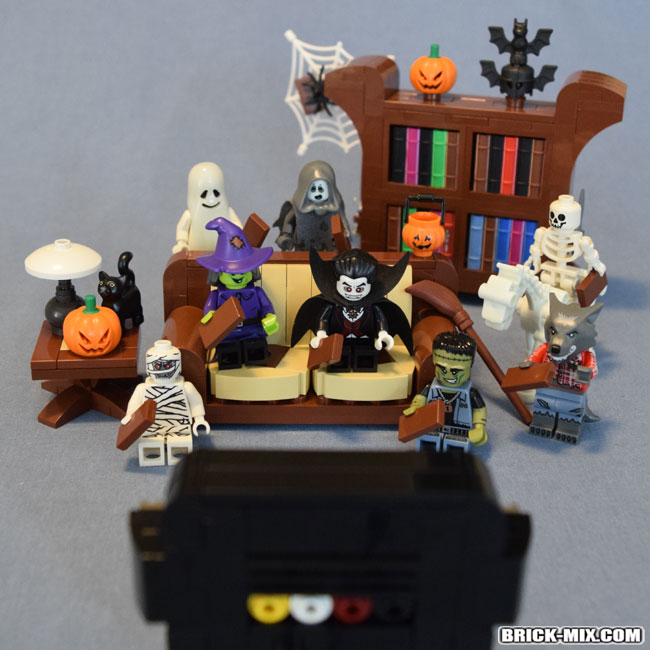 Here’s my Halloween gang gathered round the set on all the LEGO furniture I’ve posted so far. Space Police is their favorite show, and thankfully they were able to get it back on with a little spooky magic.

If you’d like to see what all the fuss over Space Police is all about, you should build a LEGO television of your own! If you like mine you can download the LEGO Digital Designer file by clicking on the link below. Happy building!