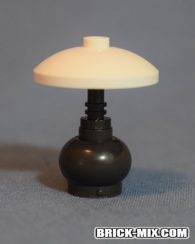 This Table Lamp is my smallest build yet in terms of piece count, and it’s likely to stay my smallest forever. Coming in at only 3 pieces, it’s hardly the most complicated MOC you’ll see.

I wanted to build something that would be at home on the End Table I built previously. It’s simple, but I like it! 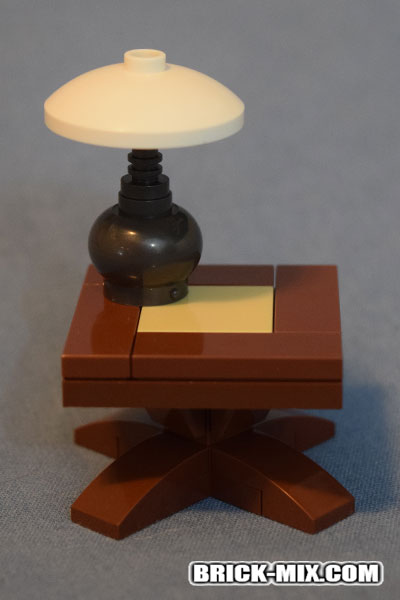 And here it is, right at home sitting nice and pretty on the end table. The bottom piece of the lamp is a LEGO Pot, Part 98374. It’s hollow, and the lamp is pretty much free to slide around whatever surface it sits on. I could’ve used other parts that would more easily snap to others in case you didn’t want it sliding around, but I really liked the look of the pot as the lamp base. 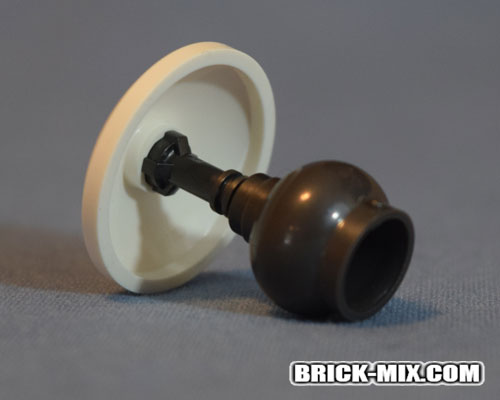 A view from the underside shows the hollow pot piece, as well as the only other two pieces in the build. From this angle you can tell there’s no bulb or anything under there. I thought about adding one, but I like the height of it without one. I suppose a 1×1 transparent round plate would do for some, but I’m content with the way it is. 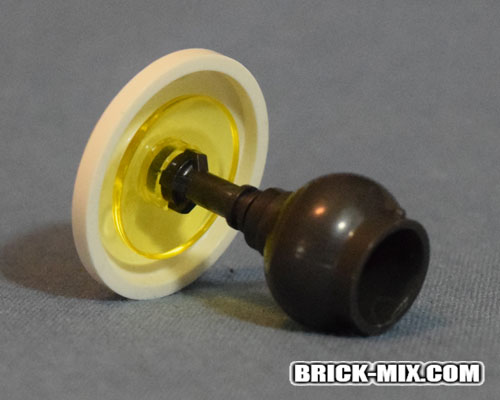 However, if you want it to look like it’s been turned on and lit up I suggest putting a smaller 2×2 dish under the 3×3 one. Transparent yellow looks nice I think.

And here they are. The three heroes of this build. The light sword hilt piece, Part 64567 comes in several different colors, but the pot only comes in reddish brown and pearl gray. If you want the two pieces to match, I’m afraid pearl gray is your only option, as of the time of this post.

Something tells me that nobody who would want to build this little lamp would need an LDD file to download for it, but for the sake of consistency at least it can be downloaded by clicking the link below. Happy building!