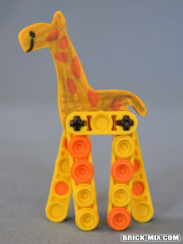 Today I have something a little different to show.  It’s not entirely LEGO, and it’s not something other people will be able to really build themselves, but I wanted to post it all the same.

This is Harrington.  Harrington is a giraffe eraser I found abandoned in a parking lot with his legs erased away.  I know that most animal erasers are probably content being erased away to help you fix the mistakes you make, but I got the feeling this guy wanted to stick around.  I figured he at least wanted to get out of that parking lot, so I picked him up and thought I could help the little guy out with some LEGO prosthetics.

This is how I found him.  I wasn’t sure why he had holes where his legs should go.  My best guess was that he had detachable eraser legs.  I’ve since done an internet search for “giraffe eraser” and it looks like that was the case.  Regardless, he needed new ones.  The holes are almost exactly the same size as axle holes in LEGO blocks, and there was enough of them left that I figured I could use axles to give him new legs. 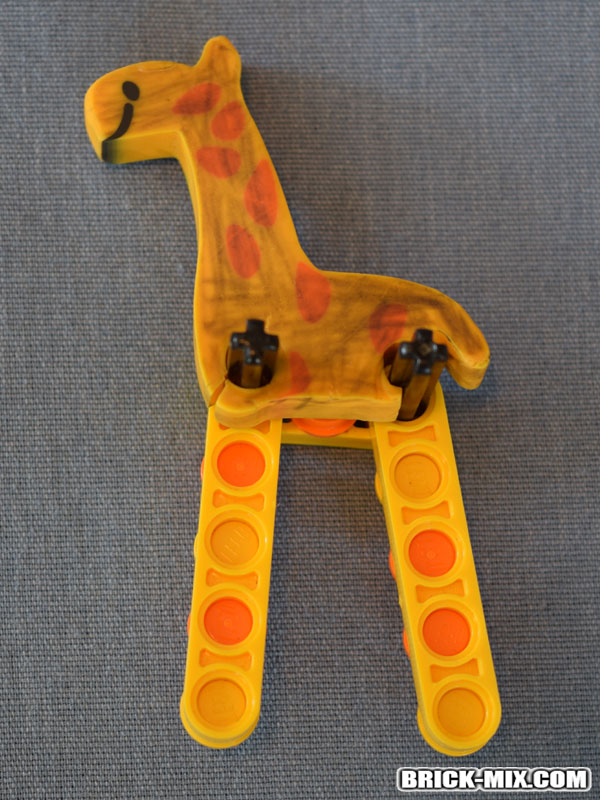 Conveniently the holes were also about three LEGO hole lengths apart from each other, which made this a simple way to help the little guy.  I used some LEGO Technic lever pieces as his legs, sticking some 1×1 round plates in them to fill them out with his yellow and orange coloring. 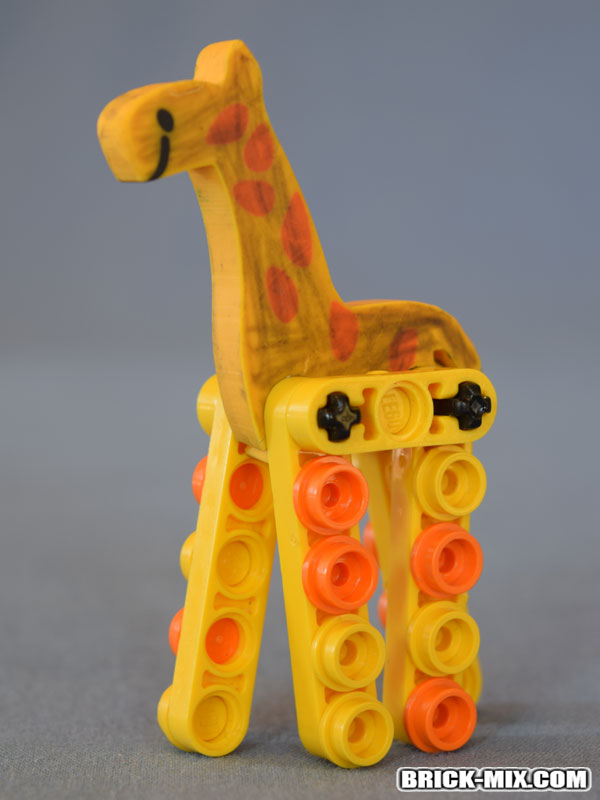 And here Harrington is now, feeling much better!  The Technic levers are compressed against him slightly to prevent them from flopping all around.  He gets around pretty well these days, going on plenty adventures with my minifigures and other friends. 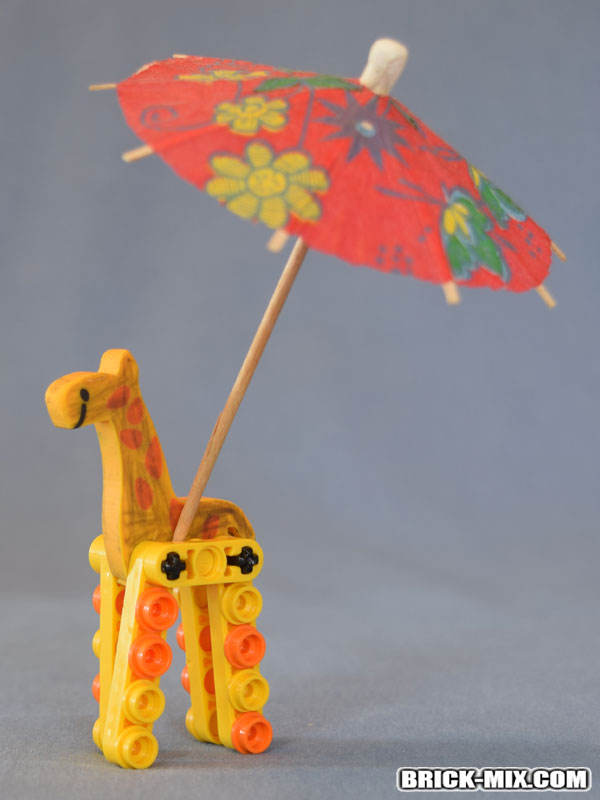 His legs also allow him to hold a little umbrella I gave him, which has become his treasured possession.  This is how he sits on my shelf now, surrounded by other LEGO creations I’ve built.  I’d say it’s been a good career change for him, and I do believe he agrees.

I know it’s not much of a build, but having posted the things on my shelves that Harrington sits beside I felt it only appropriate to post him as well.  Also, I made this website so others can get some enjoyment out of my creations, and I very much doubt that anyone’s gotten more out of one of my builds than Harrington.

There’s no LEGO Digital Designer file for this one.  It’s kind of breaking a tradition, but should you ever get the idea to fix up a little friend with LEGO prosthetics it’ll likely be a very different build for you anyway.  I’m sure anyone you help will appreciate it just as much though.  Happy building!