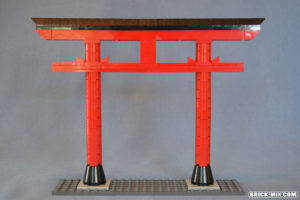 To accompany the Stone Lanterns from my last post, today I have a LEGO Torii to share.  A torii is a traditional Japanese gate most often seen outside of shrines.  Like stone lanterns, I find torii to be a pleasant piece of Japanese architecture and fun to recreate with LEGO bricks!  Also like stone lanterns, each part of their construction has a name.  I did my best to represent each named component in my model.

At 93 pieces it’s certainly not my most complicated model.  However, I do think it’s my most accurate representation so far of something in real life that I’ve built a model of.

The build came to be when I had a passing fancy to make one and realized that Part 54200 would be perfect for the kusabi parts angled in towards the posts.  From there it pretty much fell into place.  Standard LEGO bricks scaled well in terms of size around the part I picked for the kusabi slopes.  The 2×2 round bricks used for the posts looked the right size, as did using conical Part 6233 for the nemaki at the base.  The biggest decision for me turned out to be what to use for the kasagi, the black top of the arch.  I ended up using Part 3044c for most of it, and Part 3049c for the ends. 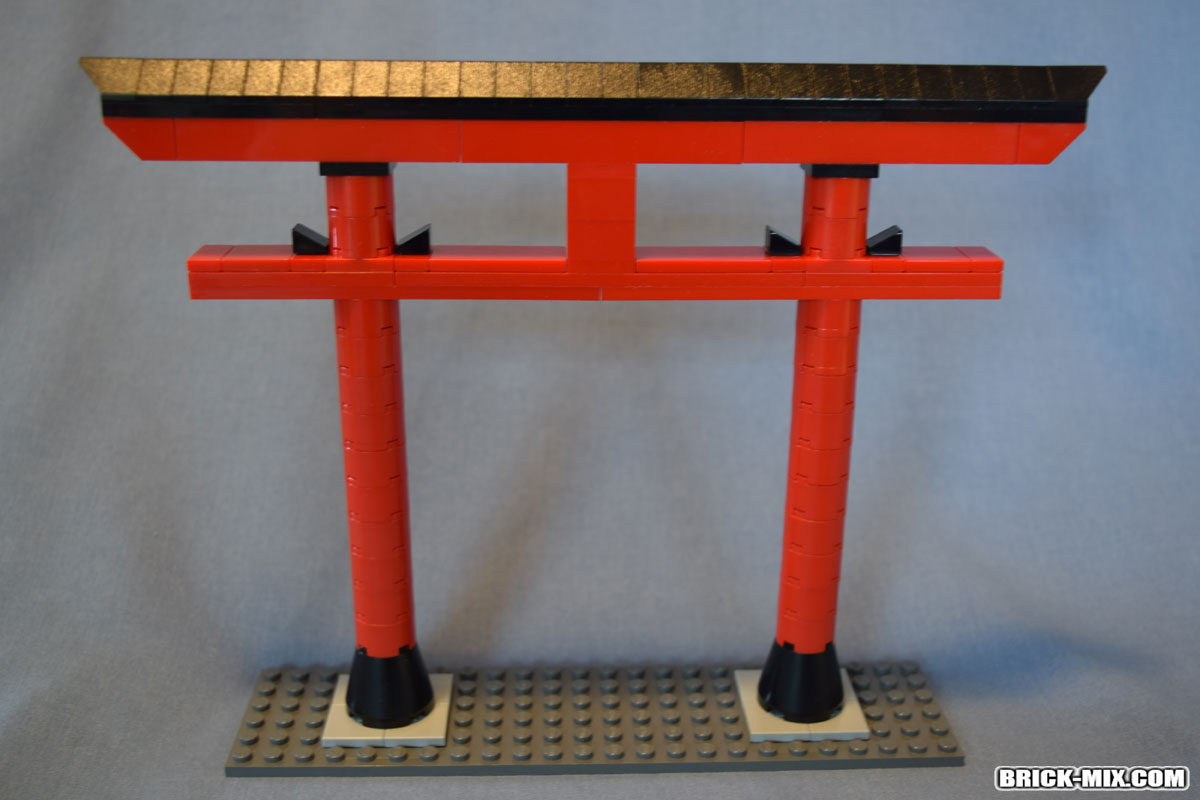 Though the kusabi and daiwa are traditionally red, I switched the colors to black for this version.  Although not the most accurate this way, I like the way it looks more with colors bringing out each component of the arch. 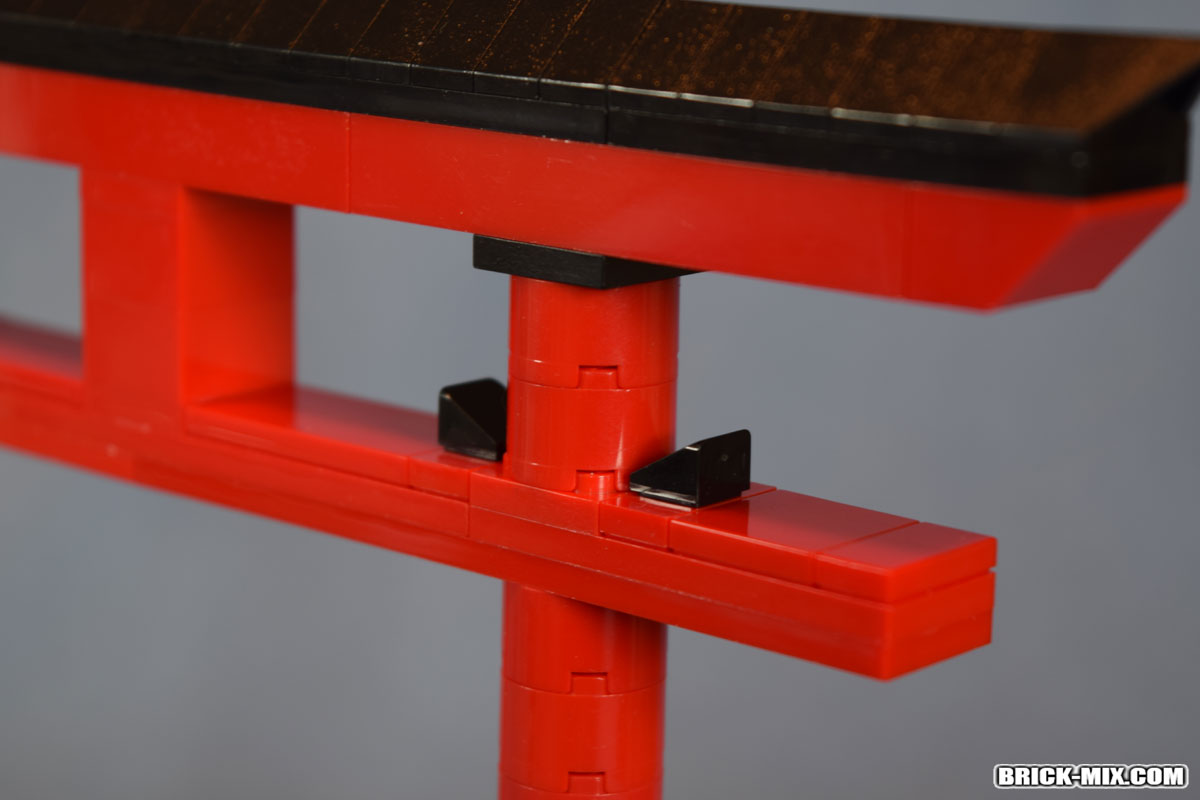 A closeup of the black kusabi and daiwa. 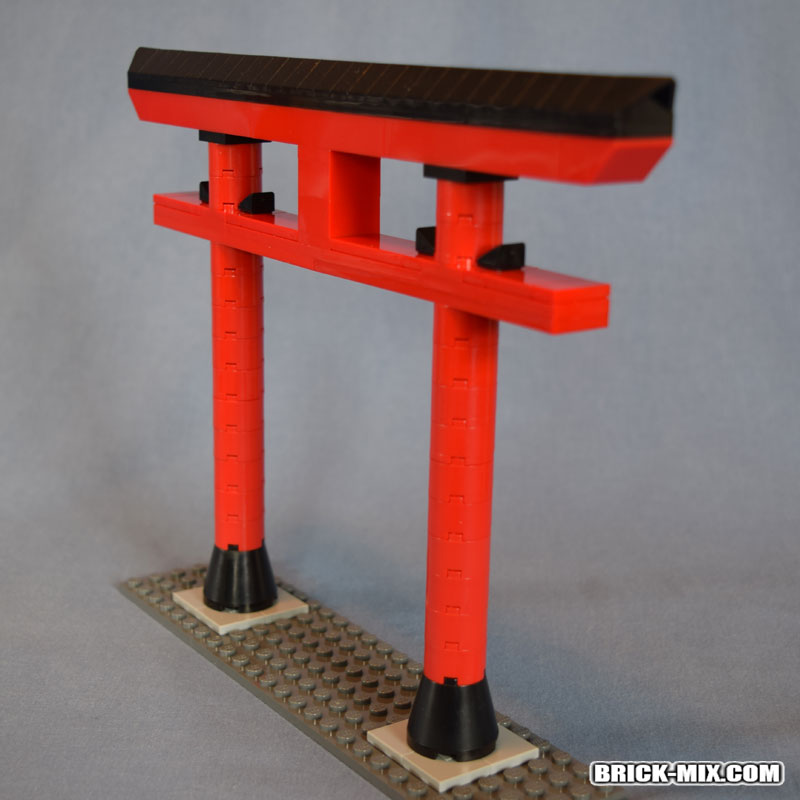 And here we have a fetching side view of the model.  To strengthen the pillars I have 12L Technic Axles running through them which can’t be seen here.  There’s even a couple of 2L Axles through the columns of only two 2×2 round bricks because if I can do something to strengthen a model even a little, I probably will. 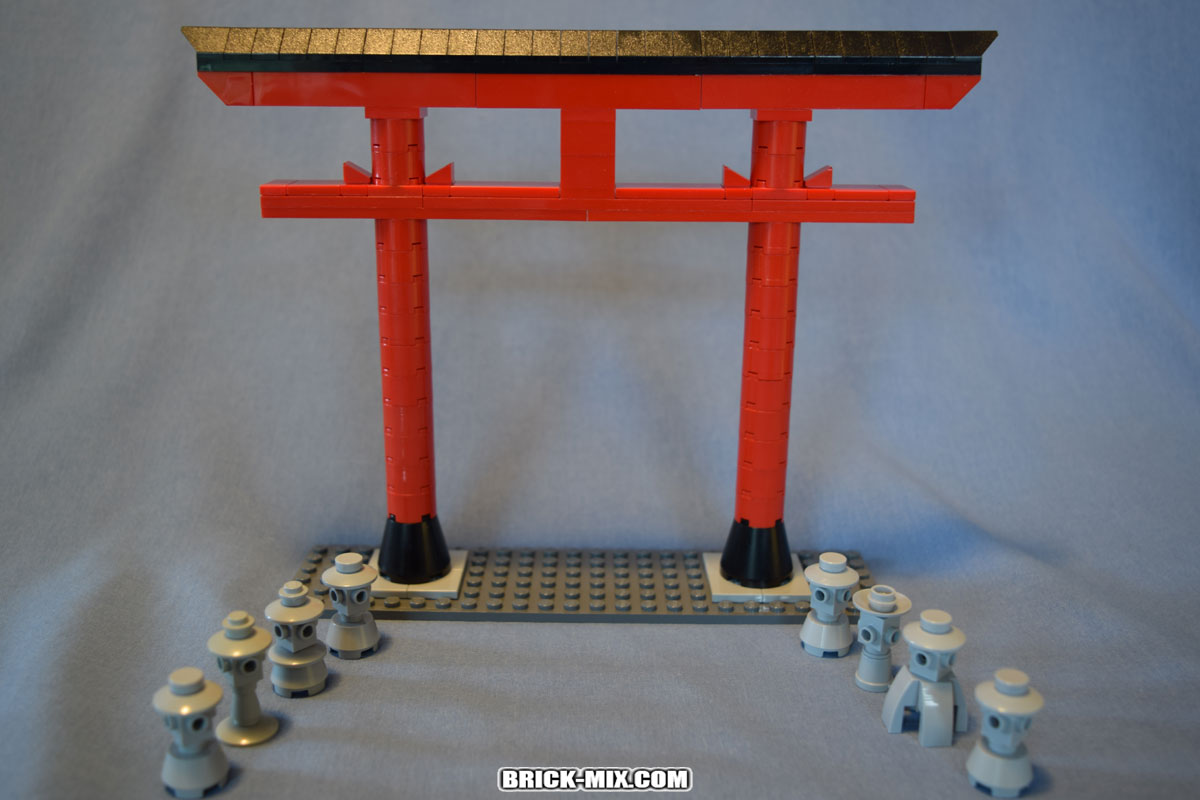 And here we have the whole family!  One day I’ll build a shrine with all these fellas I’m sure.  I have a few other neat ideas for it, but nothing really in the works just yet.

Below you can download the LEGO Digital Designer model for the torii by clicking on the icon.  Both the regular and black detail versions are in there, not that there’s any difference other than recoloring four pieces.  Have fun!